These days my weekdays generally look like this; 8 hr day job, followed by a couple hrs writing at home, then dinner and, if lucky, squeeze in an episode of whatever TV show I’m watching (currently Black Mirror) before bed. Then the weekend, where I generally write/study/market/etc most of the day as well. However, it’s the weekend evenings where I can treat myself as a reward for a good week’s work. I either go to a movie if there’s something I wanna see, watch a movie at home with friends, or once a month or so I gather with those same friends and play a board game I have come to enjoy immensely: Mansions Of Madness. (DISCALIMER – I am not being sponsored or acknowledged in any way by Fantasy Flight Games. I just really really like the game!)

MoM is an exploration and mystery-solving game set during the roaring 20s which heavily draws on elements of HP Lovecraft’s Cthulhu Mythos. Ancient monsters, arcane rituals and fanatical cults populate the titular mansions and surrounding towns where you, the player, take on the role of a character investigator. Based on your character’s motivations, you are there to solve the mystery, defeat the forces of evil, and save the world. The game is in its second edition, where a free companion app for your tablet or phone acts as a guide or game master as you progress through the story-driven campaigns. The narratives vary per story, but generally taking at least 2 hrs to even 5 or 6 hrs depending on play style.

You do not need to be a Lovecraft or Cthulhu expert to enjoy the game. Two of the people I play with know next to nothing about Lovecraft’s work and still have a blast with their characters and story-driven fates that await them.

After a rash of disappearances, your investigation brings you to the Vanderbilt mansion during a meeting of a particular astronomical society. Can you unravel the mystery before the Cycle Of Eternity turns once more?

Our first foray into the game, I played William Yorick, the gravedigger. Accompanying him were; 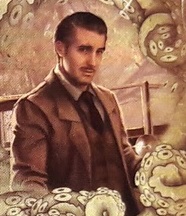 Without delivering any spoilers, I will say the intrepid group of explorers faced off against some good old cult shenanigans, and faced a world-ending final battle where only Preston and William survived. Mortal wounds and insanity claimed the lives of both Agatha Crane and poor little Wendy Adams. RIP. William Yorick and Preston Fairmont began the survivors’ pool.

A terrible ritual is soon to be performed in Innsmouth. A mysterious letter provides six suspects, but both the true culprits and the nature of the ritual are unknown. The tide is rising in Innsmouth; you must uncover the town’s dangerous secrets before it is too late. 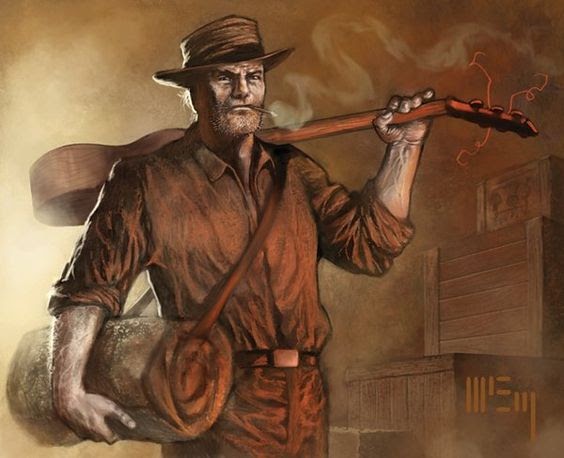 After a lengthly investigation, the characters had scoured the majority of the town of Innsmouth. They’d discovered an invasion of monstrous beings, and the town itself was against them. At the climax of the story, fancy-schmansy  Jenny Barnes escaped on an intact fishing boat, abandoning Gloria, Joe, ‘Ashcan’ Pete and even poor little Duke the dog who were then overrun by the town’s murderous mobs. RIP. Jenny Barnes joined the survivors’ pool.

While investigating the strange disasters plaguing Dunwich, some of the locals turn against you. What the violent cult plans to do up on Sentinel Hill is a mystery to you, but stopping them seems to be the only way to escape.

This was a more straightforward dungeon-crawl type of story. It involved the emergence of a monstrous being and the characters’ desperate attempts to defeat it. One caveat here; we played this one completely wrong. Rules regarding spreading fire, types of impassable borders etc led to our complete deaths. We made the decision that it was just the character’s bad dreams, and tried again with the same said characters.

I played Darrell Simmons, the photographer. There was also;

And a surprise return of two previous survivors; Preston Fairmont and Jenny Barnes. We assume Jenny did not speak of her betrayal that led to the deaths of the others at Innsmouth…

Being as more straightforward as it was, the investigators were all able to survive, despite both Preston and Jenny going insane. Perhaps they returned to the world of the occult and darkness too soon, eh?

As it stands, the dark world of Mansions/Arkham has claimed the lives of Agatha Crane, Wendy Adams, ‘Ashcan’ Pete/Duke, Joe Diamond and Gloria Goldberg. May the dark gods have mercy on them.

(all images are © Fantasy Flight Games)